Client Brief:
To investigate the extent of water damage/a damp patch to an existing solid concrete floor from a visible leak from above floor central heating pipes that continued below floor and out of sight. Clients insurance company to pay for some extent of works. Also on request of the client, to convert pipework to suit a new downstairs shower cubicle.
Dabney Solution:
To determine the extent of the leak the solid concrete floor had to be opened up using concrete breaking machinery. The original
chase/channel could be followed through the floor which contained old copper central heating pipework. After successful removal of the concrete filled channel around the existing pipework and on further investigation a second leak was located. It transpired, that the original copper laid pipework had insufficient protection from corrosion especially against the chemical elements that attack copper from cement. A small split in the side wall of one of the copper pipes had formed allowing water to seep into the concrete floor and creating an obvious damp patch. A slight advantage was that the central heating circuit was gravity fed so a low pressure leak had formed.

It was agreed to remove and replace all old copper pipework, to replace in new pipework above and below ground. All below ground new pipework was protected in Denso tape. To suit the clients request, hot and cold services to a new exposed thermostatic shower valve were provided along with two new central heating feeds to a new towel warmer and a new waste pipe added from an existing soil pipe. To hide the new pipework a timber false wall was constructed from floor to ceiling height. All pipework clipped and lagged for protection and finally pressure tested.

Central heating that been previously drained down to carry out the initial repairs was refilled and bled of air and the properties central heating and plumbing supplies reinstated and checked for correct operation.

End result:
To close up the false wall with 12mm moisture proof plasterboard and fill the chases to the concrete floor and to provide protection to the newly laid central heating pipes. On completion a 800mm x 800mm solid concrete resin shower tray was finally bedded on a weak sand and cement mix.

Shower tray and all internal corners were silicone sealed in Dow Corning 785 mould resistant to provide a water tight environment. Client to tile the prepared areas. 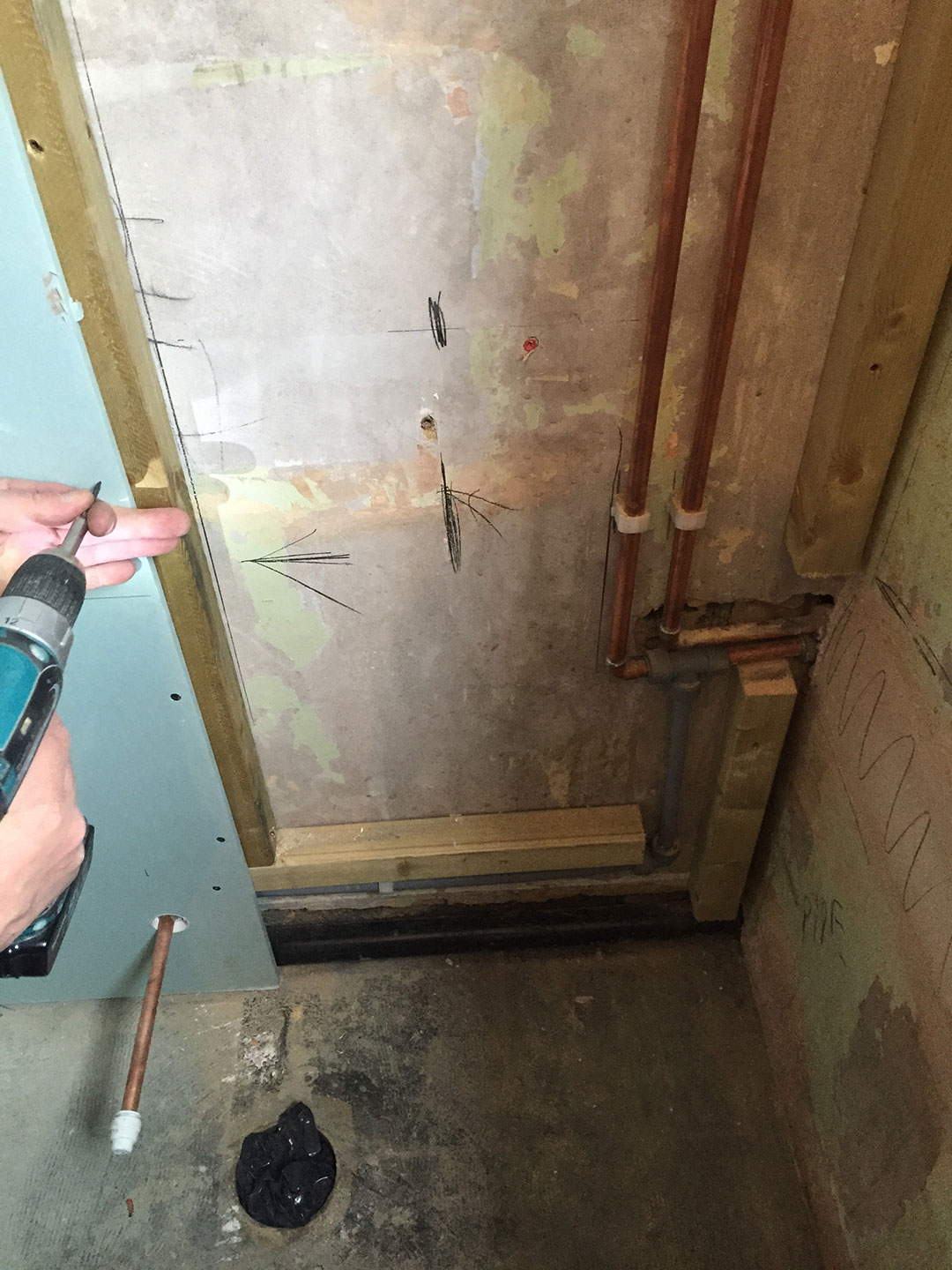 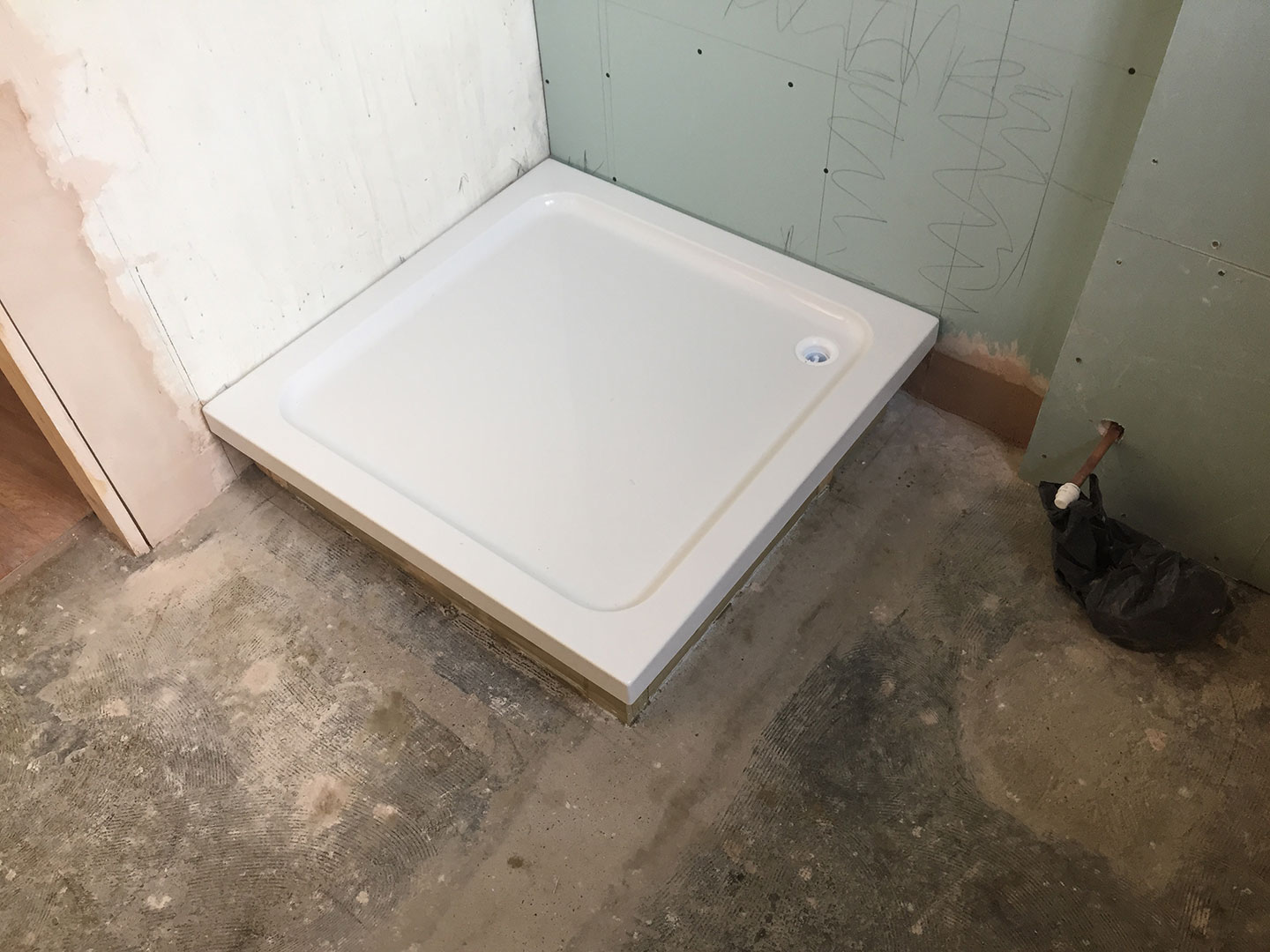 Clive’s work was professional, thorough and finished to a very standard. He identified the problem quickly and efficiently. He was also very obliging and happy to carry out additional work for us at short notice. I would highly recommend Clive to future clients.
Happy Client